An Oil Strategy Failure And Beyond 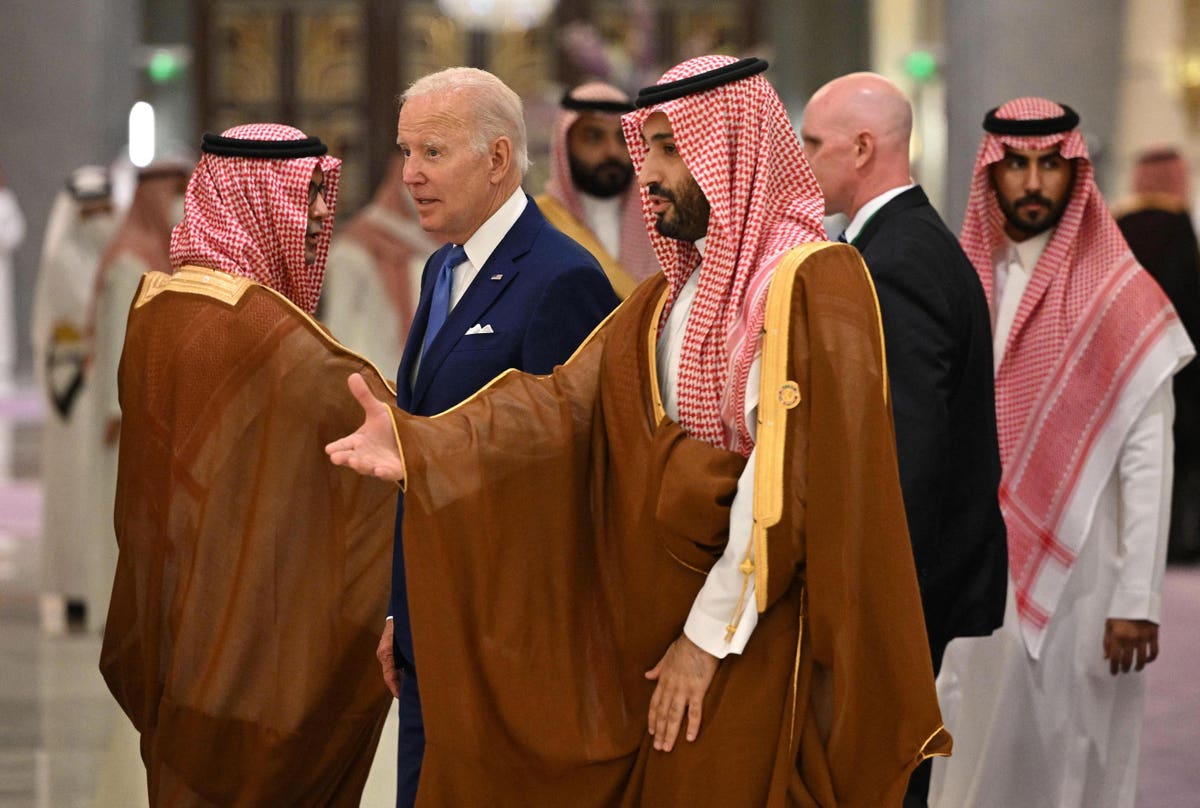 Since the historic meeting between President Franklin Delano Roosevelt and Saudi Arabia’s founder King Abdulaziz aboard the USS Quincy in 1945, America’s relationship with Saudi Arabia has always been transactional: oil for security. Over the past fifteen years, ever since the election of President Barack Obama in 2008, the perceived failure of both sides to honor their terms of the bargain has produced a prisoner’s dilemma of mutual distrust and uncertainty that leads each party to act selfishly and produces suboptimal choices for both. President Joe Biden’s recent trip to Jeddah proved that he could not resolve this conundrum.

Biden failed to secure a deal with Saudi Arabia on increasing oil production not because of mismanaged diplomacy or gaffes, but because of longstanding failures in American grand strategy.

The White House claims that the trip was successful. It was not. Despite a host of agreements being reached on investment, communication, and space, the Biden administration walked away empty-handed over the trip’s raison d’etre: increasing Saudi oil production. The Saudis only promised they would “consult” with the US on oil issues while insisting they would be unable to increase oil production. The Saudis further demurred by saying they will take the issue to OPEC+, where the Russians, Iranians, and Venezuelans are likely to kill any proposed production hikes.

Meanwhile, Saudi Arabia is importing increasing amounts of Russian fuel oil and diesel to free up its own crude for export, while Saudi Arabia benefits from increasing energy prices.

The markets have responded accordingly, with oil prices already rising over 2% in the aftermath of the trip. The underlying meaning is clear: the Saudis are not interested in what the Biden administration is trying to accomplish and no political solutions capable of overriding energy concerns are forthcoming. The west will not be able to use the Russian invasion of Ukraine to reorder international energy markets.

The problem for Biden is that diplomacy is being used in the service of a flawed strategy in a changing landscape. American policymakers do not fully grasp the changes in the region’s transforming energy markets which doomed Biden’s efforts long before his fist-bump in Jeddah. Saudi Arabia Arabia now exports more oil to an insatiably oil-hungry China, which doesn’t judge Saudi human-rights abuses, than to the USA.

Saudi Arabia’s extensive domestic reforms deliberately downscale oil’s centrality in preparation for a greener, more diversified economy. An energy-hungry EU, cut off from Russian gas, is also working with the Saudis. These disparate signals clearly indicate that the nearly-monopsonist buyer’s leverage the USA enjoyed is over.

None of these obstacles were insurmountable had the United States formulated a strategy that could address Saudi vital national interests and acute security concerns. The elephant in the room is Iran. Saudi Arabia’s concerns over Iran are existential, and America’s demonstrated failure to contain this threat has only served to heighten regional concerns over an imperialist Iran with nuclear weapons

Iran’s announcement that it will sell Russia drones may be an amusing indictment of Russian military incompetence, but it is also a major security threat for Saudi Arabia after Yemeni Houthis used Iranian-made drones to ravage Saudi oil infrastructure.

A US-led strategy of Iran containment either by military means or an enforceable comprehensive diplomatic agreement would be superior to the current American policy, or lack thereof, which has vacillated between a “grand bargain”, assassinating Iranian IRGC leaders, and cyber-attacks . The result is the worst of all worlds where Iran remains hostile, and the Saudis are rightfully skeptical of American utility in the Middle East, seeing little need for a reciprocal relationship.

Iran is not the only point of failure in US-Saudi relations. Saudi Arabia’s increasingly close ties with India mean that Saudi Arabia has become the 2nd largest supplier of oil, after Russia, to the world’s most populous country. Despite this, Saudi Arabia was not invited to join the new Israel-India-USA-UAE group (I2U2) which has all of the hallmarks of a cooperative strategic venture in the Middle East. This has the Saudis wondering how this group will interact with them as an oil supplier, a competitor in international markets, and a security actor. This is particularly irritating for Riyadh since India’s consumption of Russian oil is being ignored due to India’s role as a democratic counterbalance to China.

Riyadh’s relations with Ankara were always contentious. Turkish President Recep Tayyip Erdoğan’s July 19th visit to Tehran to resolve differences with Putin over Syria and the Black Sea, and Washington’s silence vis-à-vis it’s NATO ally, simply reinforced Saudi fears that the United States is playing favorites with Turkey and India, as well as Qatar, but not the Saudis. If one plays favorites don’t be surprised if the neglected ones don’t do you favors.

Now, the mutually beneficial path of cooperation is inhibited by a corrosive lack of trust with no beneficial end to either side. Even if the USA had immediate answers to the problems of food insecurity, energy pricing, Iran, Turkey, Syria, India, or Israel, the toxic bilateral environment renders strategic cooperation or even a sustainable transactional relationship difficult.

Biden, believing in his own diplomatic prowess, went to Saudi Arabia and attempted diplomacy to protect America’s national interests. The abstract concept enjoys widespread support but the nitty gritty of making deals, concessions, and prioritizing interests always courts controversy. Progressives may decry Biden for engaging with a theocratic petrostate devoid of human rights while conservatives chastise Biden for kowtowing, displaying weakness, and failing to leverage America’s strengths, but neither of these critiques is cogent.

Biden dropped the ball with the Saudis, not because of a momentary fumble, but because he was anxious to abandon fossil fuels and downplay the Middle East. It did not work. The 2022 midterms are staring him in the face, with gas prices being the highest since 2008, fueling the inflation bonfire.

In its diplomatic act of juggling actors with competing interests, values, and relationships, Biden’s team had no vision for what the juggling act’s results would be. The President embarked upon a futile adventure because of a bipartisan failure in America’s strategic vision in the Middle East – in security and energy policy. Only an energy-conscious foreign policy with long-term goals of security and sustainability can avoid a repeat of this fiasco.

The dollar fell more than 1% on a weekly basis, stopped rising for 3 consecutive times, and the euro recorded its best weekly performance since May | Anue Juheng

The Surprising Cities Where Uber Rides Are Most Expensive

Investors should think globally as part of their real estate strategy