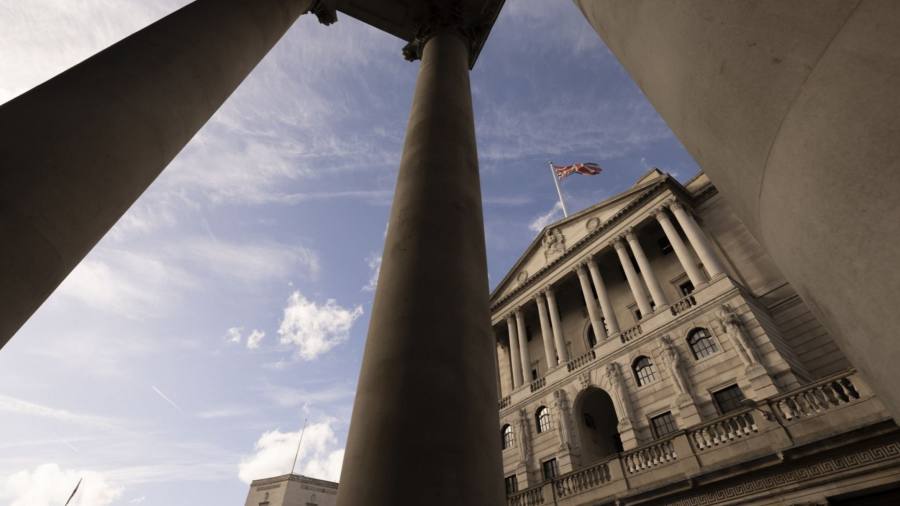 The Bank of England is set to delay the sale of billions of pounds of government bonds in a bid to foster greater stability in gilt markets following the UK’s failed “mini” Budget.

The BoE had already delayed the start of its sale of £838bn of gilts bought under its quantitative easing program from October 6 to the end of this month. It is now expected to bow to investor pressure for a further pause until the market becomes calmer.

The Financial Times has learned that the Bank’s top officials have come to this view after judging the gilts market to be “very distressed” in recent weeks, a view backed by its Financial Policy Committee.

Investors have also warned that the central bank’s plans to start selling bonds in its portfolio at the end of this month could destabilize markets.

The Bank of England said on Tuesday that it had not yet taken a decision on any delay to the bond sale.

Although 30-year gilt yields have fallen from their recent high of more than 5 per cent to 4.45 per cent on Tuesday, they remain well above the 3.75 per cent level of before the fiscal statement.

“I’m not sure it’s wise for them to go straight away because the market’s so fragile at the moment,” said Jim Leaviss, chief investment officer for public fixed income at M&G Investments.

Sandra Holdsworth, UK head of rates at Aegon Asset Management, said: “When they’ve had to support the market so recently, I’m not sure they can go ahead without risking more problems.”

The BoE’s shift is set to put on hold the start of the UK’s unwinding of QE — a process other central banks have begun in order to reduce swollen balance sheets and increase their freedom of maneuver in any future monetary or financial crisis.

BoE officials maintain that inflation control can be implemented by changing interest rates, rather than so-called quantitative tightening, the inverse of QE. At the pace the bank has set, completing QT would take a decade or more.

In Washington on Saturday, Andrew Bailey, BoE governor, confirmed that the MPC would seek to use bank rates rather than asset sales as its main weapon in the inflation fight.

“The MPC is not using the stock of asset holdings as an active tool of monetary policy at present,” he told an audience of central bankers. “The intention was to unwind the stock of QE gradually and predictably, and in a way that wasn’t bound to underlying economic conditions,” he added.

Delaying the sale of bonds would not need a vote from the bank’s Monetary Policy Committee. In making its previous postponement last month, the bank judged that turbulent market conditions with the “high bar” it had set to alter the timing without a vote.

The BoE still hopes to unwind £80bn of assets in the first year of running down its balance sheet through a combination of maturing assets and active sales.

The Bank is likely to stick to its policy of allowing maturing bonds to expire without reinvesting their proceeds in other securities. But active sales could provoke further market turmoil, hurting the economy and complicating plans to raise interest rates, ING rates strategist Antoine Bouvet said.

“You don’t want to let anything scupper your chances of hiking rates further, which is their only proven tool for getting inflation down,” Bouvet said. “I’m not sure this market can accommodate the BoE selling as well.”

Some analysts argue that the BoE may need to tweak its plans when it decides to start quantitative tightening.

Instead of selling roughly equal quantities of short-, medium- and long-term gilts, the central bank should focus on short maturities, said Daniela Russell, HSBC’s head of UK rates strategy. That would allow the long end of the gilt market, which was the focus of the chaotic sell-off that triggered a liquidity crisis at pension funds, to “continue to recover”, she added.

Okmulgee missing men: What we know about the the discovery of 4 dismembered bodies in an Oklahoma river