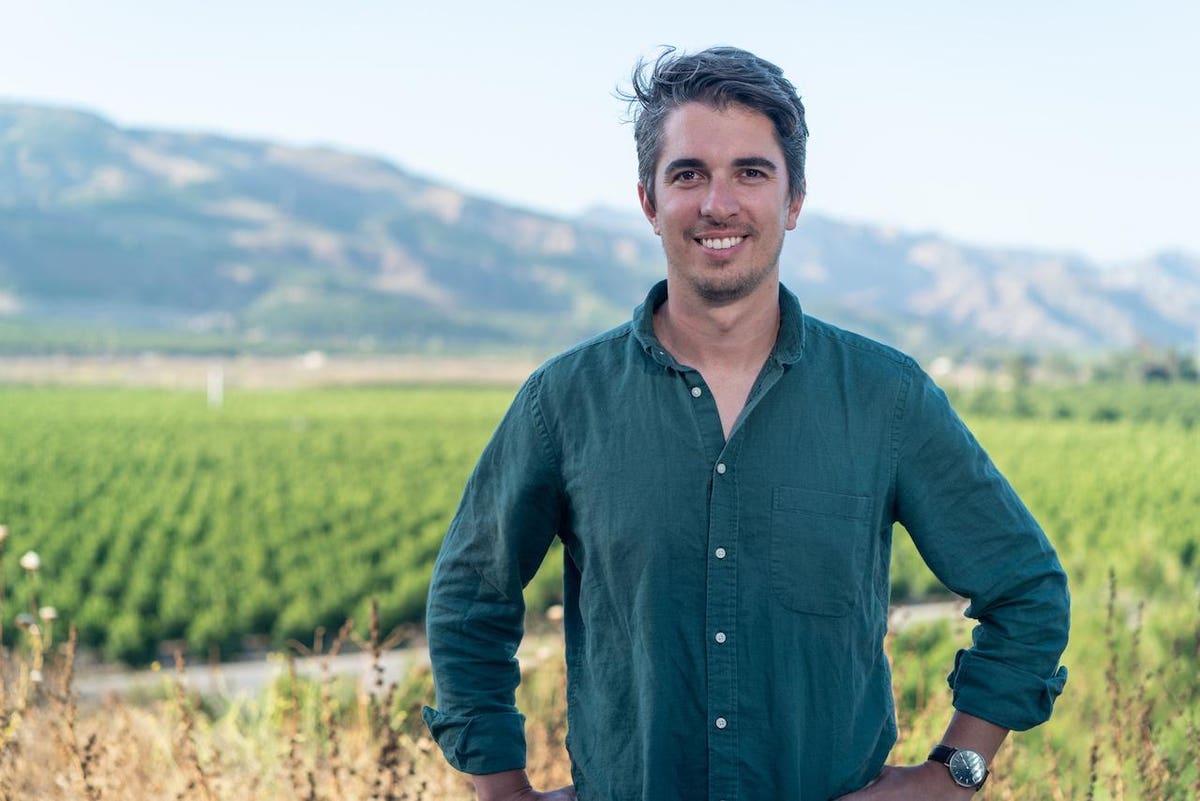 Although the new year just started, we’re already facing a looming deadline. We have until the end of this decade – only seven years – to curb the worst of the climate crisis. Responsible for one-third of global emissions, the food system plays an undeniably significant role in this critical problem.

However, solutions are in sight. Here are five major innovation trends that could help curb the worst of the climate impact.

Biomimicry. In its simplest form, this means studying and imitating nature’s biological and chemical processes to design systems, structures, and strategies for sustainability. Architectural examples include the Beijing National Stadium (designed to mimic the insulation of a bird’s nest), and the Eiffel Tower in Paris (modeled after a human femur for structural stability). The market for medical biomimetics (think tissue engineering and organ regeneration) is over $32 billion.

Biomimicry provides an increased scientific understanding of the chemical and molecular communication mechanisms in nature that can positively impact our food system. The technology will be increasingly utilized to develop climate-smart technologies in food and agriculture. Entrepreneurs and scientists are learning how to replicate the best of nature in harmonious ways to innovate in the food system for healthier soils, waterways, and more. Regenerative agriculture is an example of biomimetic technology in farming.

Beeflow, an LA based company, has studied the key drivers for pollination including the chemical signals sent between bees and flowers to make pollination more successful. The company sells bee feedstock products for key crops like avocados, strawberries, almonds and more. Founder and CEO Matias Viel shares, “Understanding how bees and plants communicate through flower volatiles helped us develop pollination technologies that increase on average 32% crop yields to farmers that work with Beeflow pollination programs.” This combats the climate crisis by reducing the application of harmful chemical pesticides and fertilizers.

Other startups to watch in this space include Sound Agriculture, Provivi, Invaio and Pivot Bio.

Rethinking staple commodity production – with fungi. We will increasingly look for new and novel ways to produce ingredients locally using mycelium. Mycelium is the root-like structure that typically grows underground and sustains what we see above the soil – mushrooms. Mycoprotein is a high-protein, high-fiber food source that has a low environmental footprint and can be produced in flexible environments.

Kwany Lui of Nature’s Fynd believes that mycoprotein will be an important food source in a changing world. She says, “For thousands of years, humans have relied on a small group of animals and plants to feed our growing population, which has further contributed to climate change and the need for new food solutions.” Nature’s Fynd, a Chicago-based food company with a mission to nourish people and nurture the planet, produces a fungi-based protein named Fy™. The company is backed by the investment firms of Bill Gates and Al Gore. Products include dairy and meat replacements utilizing the Fy™ mycoprotein, which was originally found in Yellowstone National Park.

There are many examples of global commodities ‘re-thought’ with a fermentation-based model, including c16 Biosciences (palm oil), Minus (coffee) and Hyfé Foods (wheat).

Re-creating staple categories with diverse, plant-based food sources. 75% of our diets consist of just 12 plants and 5 animal species. Think soy, maize, wheat, and beef. Historically these crops have provided humanity with cheap calories, resulting in some of the lowest hunger rates in human history. But hunger is now on the rise, and the dominance of monoculture is driving our health and planetary crisis. Diversifying our food sources is a critical step to feeding the planet in a healthy and sustainable way.

The increasing frequency of food-borne allergies and the rise of flexitarian diets, coupled with shifting global demographics, means we will see more biodiverse, plant-rich foods making their way onto our plates. The climate will require it. The World Wildlife Fund cataloged Future 50 Foods in a report which stated that “According to the Food and Agriculture Organization of the United Nations (FAO), there are between 20,000 and 50,000 discovered edible plant species, of which only 150 to 200 are regularly consumed in humans.” Increasing consumption of a variety of plants is a key strategy to enrich soils and address climate change.

Many brands launched over the last decade utilize diverse ingredients and re-create staple categories. One early mover in the gluten-free snacking category is Simple Mills. Launched by Katlin Smith in 2012, the company is now distributed in over 28,000 stores nationwide. One of their most recent products uses nutrient-dense watermelon seed flour and regeneratively grown coconut sugar. Another example is Siete Foods. The company was launched in 2014 with a mission to bring better-for-you Mexican-American staples to pantries nationwide. Siete uses climate-resilient ingredients like cassava and chia as a base for a more diversified diet, and their products are available in over 16,000 stores.

Artificial Intelligence (AI) to Address Food Waste: Could this be the year that intelligent machines address the food waste problem once and for all? No doubt we will see the increasing importance of AI in monitoring and managing food safety, recipe development, and supply chain management. But the holy grail? Food waste management. Over 20% of our food ends up in landfill in the US, representing between 8-10% of global emissions, according to the UN Food and Agriculture Organization.

Startups that address food waste via predictive analytics and AI will gain market dominance and address thorny issues that players along the supply chain, from farmers to retailers, have had a hard time getting under wraps. And there is economic value to be reaped. McKinsey estimates that an additional $127 billion in topline revenue could be generated by 2030 should AI be applied to manage waste from farm to fork.

One example is Afresh, a software company that uses AI technology to reduce food waste by streamlining forecasting and inventory management at food retailers. Utilizing data and AI has helped Afresh save more than 30 million pounds of produce to date. CEO Matt Schwarz shared, “Food waste is often driven by an invisible factor: poor decisions. People decide to buy too much, retailers and distributors order too much, and growers grow too much. AI optimizes decision making—so when applied to food, it holds the potential to prevent billions of pounds of food waste annually.”

Large tech players are also active in this space. Google’s agtech company Mineral just came out of stealth. According to Agfunder, “Mineral aims to provide foundational and actionable data and analytics for companies across food, agriculture, and technology.” The company has already mapped and analyzed 10% of the world’s farmland.

Climate-First Product Development: Nearly all Fortune 500 companies have made a public climate pledge. Yet many are off track on their 2030 climate goals. Why? Most climate impact happens within the Scope 3 of a company’s supply chain – and it is where they have the least supply chain visibility. Plus, addressing Scope 3 emissions means changing food sourcing origins and ingredients. It is hard to rewire supply chains and create climate-friendly recipes for mass-produced products for the likes of McDonalds, Coca Cola or Mondelez.

In order to achieve global climate goals we will see new products on the shelf that were created from the agricultural supply chain up, based on sustainable, climate-friendly ingredients as a first principle. With less than a decade to address the worst of the climate crisis, we will rely on entrepreneurs to create climate-first supply-chains, and develop their products around it.

“The climate-friendly consumer movement is at the starting line, the race is just beginning,” Collins shared. “Consumers are more tuned into a company’s climate impact than ever and are looking for brands to take action. Now is the time for companies to understand and prioritize decarbonisation of their supply chain emissions (also known as Scope 3), which contributes up to 89% of emissions for consumer products on average.”

Additional examples of companies in this space include Patagonia/Patagonia Provisions, Blue Apron, and Do Good Chicken.

We are up against a ticking clock and food system innovation will be key to addressing the climate crisis. Scaling these technologies – from biomimicry to mycelium-based commodity innovation, diversified diets, AI to address food waste, and climate-first product development – might just buy us time.

G7’s new petroleum price caps to degrade Russia’s war campaign -Yellen By Reuters
Cities are being squeezed most by inflation: Miami, Phoenix, Seattle have had highest increases – Daily Mail
Reps. AOC, Marjorie Taylor Greene tiff over Twitter after Omar vote: ‘Be an adult and actually debate me’ – Fox News
US Gets Access To 9 Military Bases In The Philippines; China Warns Manila Of Being ‘Dragged Into Troubled Waters’ – EurAsian Times