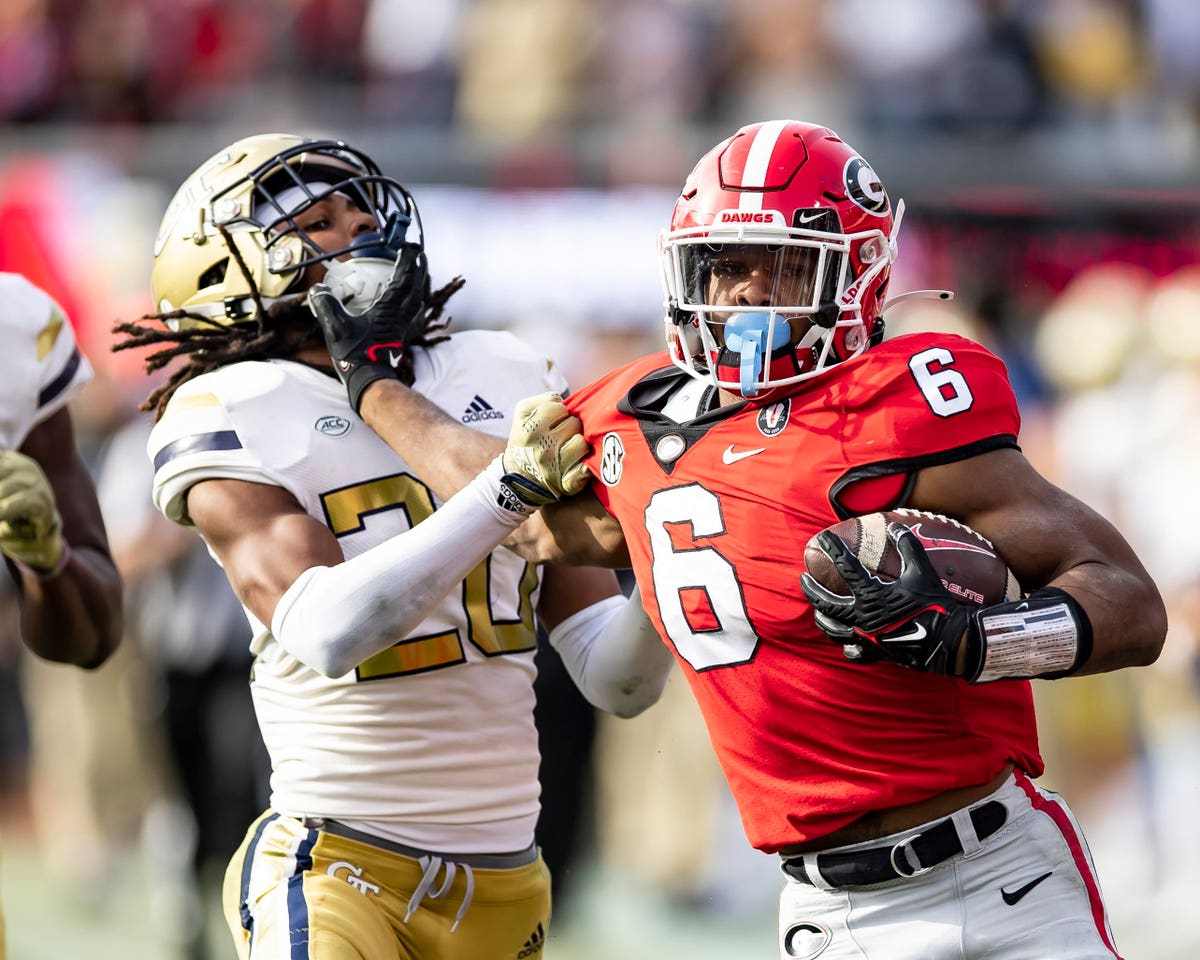 Kirby Smart’s University of Georgia football team is a big deal throughout its state, and this isn’t a new thing. His 12-0 Bulldogs just rolled through the regular season ranked No. 1 in the country, and remember: They won the national championship last year. In addition, prior to the pandemic, Forbes determined during the fall of 2019 that they were the seventh-most valuable college football program in the country with a three-year average revenue of $125 million.

Now think about this: 63. That’s how many consecutive times all 92,746 seats inside Sanford Stadium have been filled, and such was the case Saturday in Athens, Georgia, where the Bulldogs of the SEC met Georgia Tech of the ACC in the most overrated ” rivalry” game of the weekend.

You also had one in Columbus, Ohio.

So, since Georgia has clobbered most teams this year with a defense allowing opponents fewer points per game (11) than anybody in the country, and since Georgia owned an offense with sleeper Heisman Trophy candidate Stetson Bennett at quarterback, the best tight end in the country (Brock Bowers) not named Notre Dame’s Michael Mayer and the Bulldogs’ normal collection of nice running backs, it wasn’t surprising Georgia was expected to crush a barely mediocre Georgia Tech team by five touchdowns.

There also has been that non-rivalry thing happening between Georgia and Georgia Tech during the latter part of these 129 years worth of games labeled “Clean, Old-Fashioned Hate.” Lately, it has been more like “Just another victory (and often not even close) for Georgia.”

Prior to Saturday, Georgia had won four straight, along with every game this century except for three. Which meant the Georgia Tech Yellow Jackets were likely wasting their time with that 71-mile drive from downtown Atlanta to Athens.

Instead, before another stuffed and loud home crowd, along with Senior Day expecting to motivate Georgia’s team even more, the Bulldogs only won by three touchdowns and slightly less than a field goal. They actually were outplayed in the first half after Georgia Tech roared 75 yards into the end zone on the game’s opening drive.

If you didn’t know better, the now 5-7 Yellow Jackets made it appear Georgia was looking ahead to this Saturday’s SEC Championship Game in Atlanta at Mercedes-Benz Stadium against LSU.

“We probably didn’t start as fast today as we have in the past, but you’re not going to start every game with guns ablaze,” Smart said, alluding to the bottom line as Georgia’s head coach, which was that the Bulldogs rebounded from their slow start for a 37-14 victory. “We had to respond to adversity once again.”

Well, the Bulldogs had help.

With Georgia Tech still in the vicinity of an upset early in the third quarter when the Jackets trailed just 13-7, they muffed a punt that Georgia recovered and converted the turnover into a quick touchdown.

Five minutes later, Georgia Tech fumbled, with the Bulldogs recovering to push the game from 20-7 to 23-7 after a field goal, and the blowout was official. Georgia Tech also contributed dropped passes for potentially huge gainers along the way.

The crowd stayed supportive through Georgia’s sluggishness, but Bennett was among those in his locker room declaring that much of this was unacceptable for a team wishing to secure consecutive national titles.

“I really wasn’t happy with the way we started today, but we still scored 37,” Bennett said after a game in which he personally was subpar. He competed a season-low 10 passes out of 18, and his 140 yards through the air were his second-lowest total in that category for the season. Bennett did throw two touchdown passes, and there was something else: “We ran the ball really well today,” Bennett said, referring to the Bulldogs’ 264 yards rushing.

They also did something else well: They thrilled many in the Bulldog Nation with another non-rivalry victory.

silver price: Signs of a swift recovery in demand. Is it the right time to buy silver?