Goldman Sachs economists have warned that the odds of a U.S. recession next year have risen sharply in the wake of the Russia-Ukraine war.

“While our baseline forecast assumes further reopening of the services sector and over-saving spending to maintain real GDP growth in the coming quarters, the outlook is more uncertain than normal,” they wrote in an analyst note on Thursday. “We think the risk of a recession is broadly in line with the 20-35% probability implied by current models based on the slope of the yield curve.”

On Monday, February 28, 2022, gas prices in Los Angeles were advertised for over $5 a gallon. (AP/AP Newsroom)

Earlier, the Labor Department reported that consumer prices surged 7.9% in February, the fastest pace since inflation hit 8.4% in January 1982. Consumers are paying more for everyday necessities, including groceries, gas and cars.

The eye-popping reading — marking the ninth straight month the gauge has been above 5% — has increased pressure on the Fed to enact a more aggressive monetary policy normalization process.

The central bank announced on Wednesday it would raise interest rates for the first time in three years as a policy maker, boosting its benchmark fund by 25 basis points and ending the ultra-easy monetary policy it implemented two years ago to support the economy. The economy through the coronavirus pandemic. 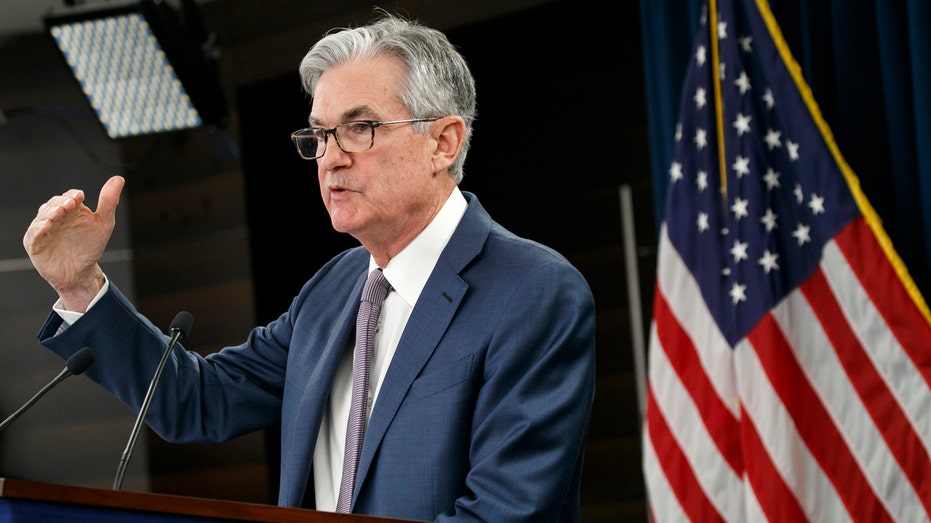 Higher interest rates tend to lead to higher lending rates for consumers and businesses, which can slow economic growth by forcing them to cut spending.

The hike, which puts the benchmark federal funds rate at between 0.25% and 0.5%, could be just the beginning of a series of rate hikes aimed at curbing runaway inflation.

New economic forecasts released after the meeting showed policymakers expected six more increases of similar magnitude during 2022 after consumer prices hit a 40-year high. That marks a considerable shift from six months ago, when half of central bankers didn’t think a rate hike would be needed until at least 2023. Fed officials also expect inflation to remain elevated, reaching 4.3% by the end of 2022 — well above the Fed’s annual target of 2.3%.

However, in a post-meeting news conference, Chairman Jerome Powell played down broader economic concerns from the war and aggressive policy tightening.

“The probability of a recession next year is not particularly high,” Powell told reporters, citing a strong labor market, solid wage growth and strong corporate and household balance sheets. “All signs point to a strong economy that can thrive with less accommodative monetary policy.”