Missouri Rep. Jason Smith speaks on how he believes everyday Americans view the Inflation Reduction Act on ‘The Evening Edit.’

Historically high inflation continues to affect Americans of all backgrounds including high-income individuals and families who have been driven to Walmart, food banks, and thrift stores as a result of the skyrocketing cost of groceries and goods.

During a call with investors regarding the company’s second-quarter earnings results this week, Walmart CEO Doug McMillon was asked whether he saw Walmart benefiting in terms of greater market share as consumers trade down seeking lower prices to stretch their budgets amid skyrocketing inflation.

“I think we are holding at the lower end and adding at the upper end, generally speaking,” McMillon responded, referring to the income levels of customers.

Consumer prices soared 9.1% in June compared to the year before, which notched a new 40-year high for inflation after months of rising costs. Inflation slowed in July, with the consumer price index rising 8.5% last month from a year ago, but prices remain near 40-year highs.

A cashier scans items at a Walmart store in Burbank, California on August 15, 2022. – Walmart, the largest retailer in the United States, will report second quarter earnings on August 16, 2022. ( (Photo by Robyn Beck / AFP) (Photo by ROBYN BECK/AFP via Getty Images) / Getty Images)

The food insecurity and tightening of family budgets is perhaps nowhere more apparent than at the nation’s food banks where industry leaders told Fox News Digital that middle class families are becoming a staple in the longest lines that some locations have ever seen.

“They’ve never had so many people in line,” Karen Erren, president and CEO of Feeding Westchester in Westchester County, New York, told Fox News Digital about two of the distribution sites her food bank runs in the second-wealthiest county in the state.

“We have seen even more of a shift with the middle class, especially when businesses shut down and a lot of people found themselves out of work due to COVID we saw that influx, and we’ve seen a lot of those people not being able to catch up like they thought they would have by now,” Aramelle Wheeler, marketing and communications coordinator at the Food Bank of Northern Nevada outside Reno, told Fox News Digital. 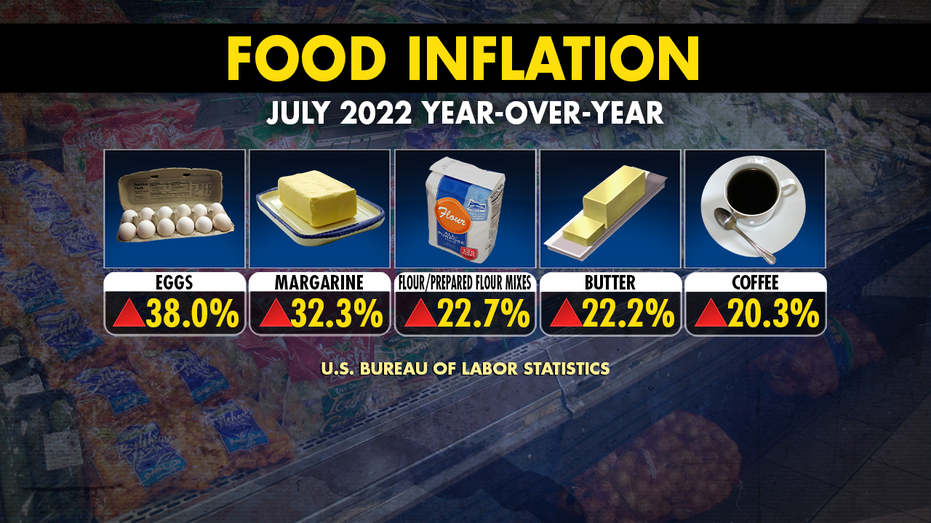 Wheeler says that demand at FBNN is up 17% from last year while Erren explained that her food bank was serving 130,000-150,000 people per month before the COVID-19 pandemic and is now serving over 200,000 people each month on average.

Andrew Olsen, president of Altus Marketing which works with food banks across the country, told Fox News Digital that he has heard stories from partners where people who were donors to food banks ended up in line needing food themselves.

“The traditional homeless person in need represents a very small percentage of the population that are actually getting food from the food bank network across the country,” Olsen said. “Most often it’s single families, it’s retirees, it’s people who are just down on their luck. The changing demographic of need has much more become families.”

Olsen added that rising inflation has also made it more difficult for the food banks to acquire basics like milk and eggs which, along with rising fuel costs, has created a “perfect storm.”

Thrift stores in the United States are also seeing an influx of consumers looking to save money on clothing they might typically find at department stores as well as school supplies as children head back to school for the fall.

FOOD BANKS IN AMERICA EXPERIENCE SURGING DEMAND: ‘NO SIGN OF IT SLOWING DOWN ANY TIME SOON’

Families are expected to spend $864 on school supplies this year which marks a 24% increase from 2019, according to the National Retail Federation.

Additionally, the National Retail Federation says that about one-third or 38% of consumers are cutting back on their overall spending in order to afford the cost of back to school items. 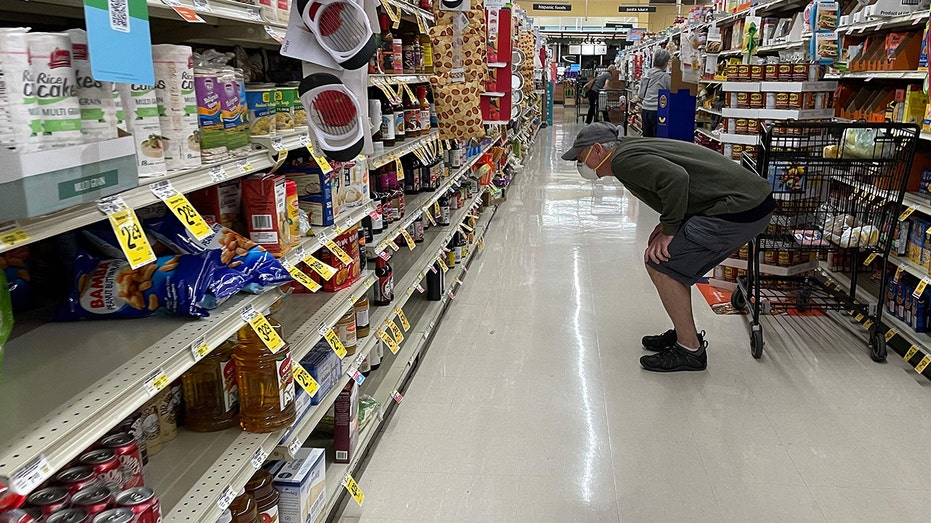 A man shops at a Safeway grocery store in Annapolis, Maryland, on May 16, 2022 ((Photo by JIM WATSON/AFP via Getty Images) / Getty Images)

A survey from US News & World Report found that 77% of Americans are worried about being able to afford back to school expenses and many of them are turning to thrift stores to save money.

GET FOX BUSINESS ON THE GO BY CLICKING HERE

At the same time Americans in a variety of income brackets across the country are struggling to afford basic items, Democrats in Washington, DC are taking a victory lap after passing a massive spending bill they labeled the “Inflation Reduction Act.”

“Today offers further proof that the soul of America is vibrant, the future of America is bright, and the promise of America is real and just beginning,” President Biden said at the bill signing ceremony while touting the effects the bill will have on climate change, prescription drug prices, and cutting the deficit.

Contrary to the bill’s name, the Congressional Budget Office said the legislation will have “a negligible effect” on inflation in 2022, and in 2023 its impact would range between reducing inflation by 0.1% and increasing it by 0.1%.

Despite the CBO analysis, the Biden administration has stood by the bill’s name with White House deputy press secretary Andrew Bates telling Fox News Digital this week that over “120 leading economists and a bipartisan group of five former Treasury secretaries have endorsed the Inflation Reduction Act, underlining that it will cut costs for families while fighting inflation by reducing the deficit.”