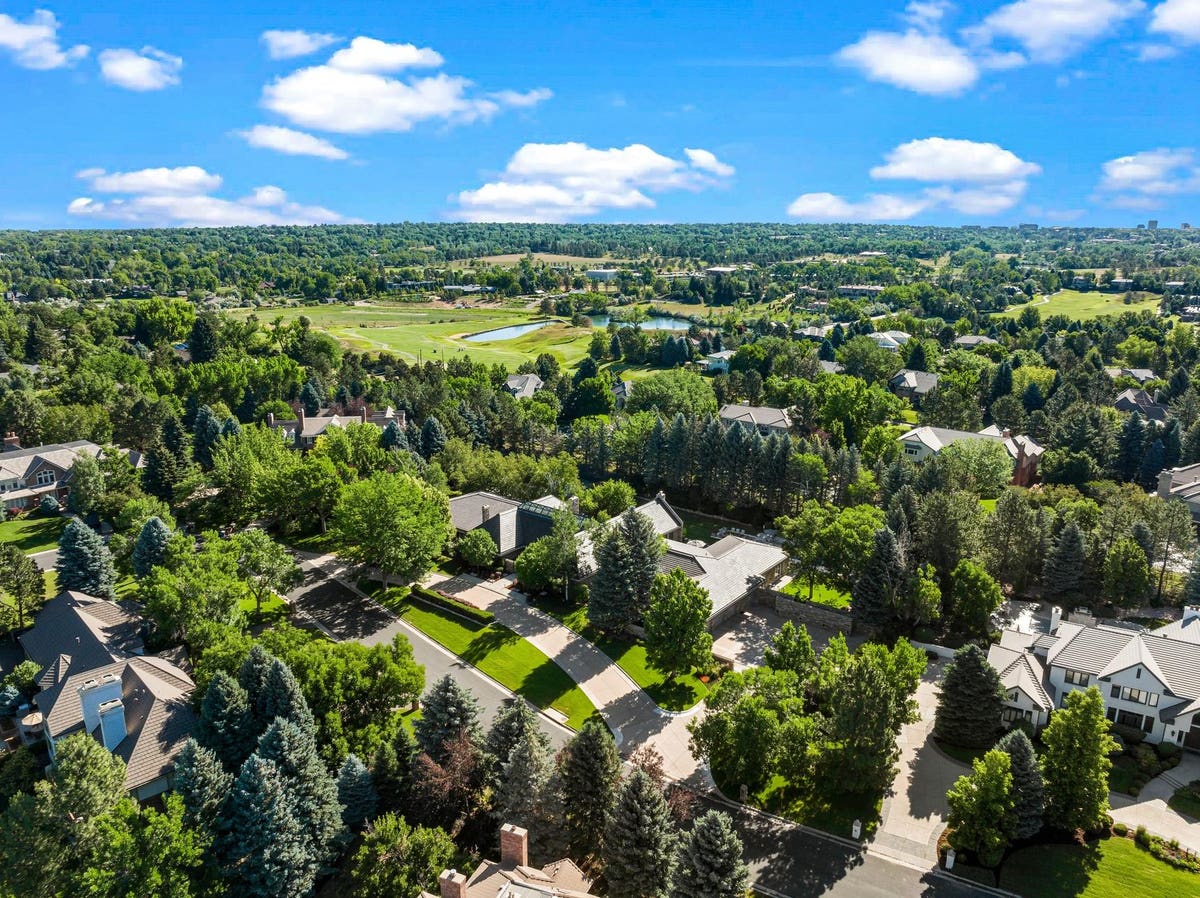 While many may believe that the wealthiest members of society live in the heart of major cities or off in the country, it is often the case that they reside somewhere in between: the suburbs. For San Francisco, it’s Atherton; for Boston, it’s Weston; for New York City, it’s Scarsdale.

With a profusion of politicians, executives and superstar athletes, Cherry Hills Village regularly ranks amongst the wealthiest towns in America. As such, property prices in the Arapahoe County community compete with other affluent Colorado areas like Aspen and Snowmass Village. According to data from Zillow.com, the average home value sits at more than $2.8 million, a 26.1% increase year-over-year.

A big part of Cherry Hills Village’s real estate market is made up of palatial estates on lots of 1-10 acres. Most of these impressive homes are more than 10,000 square feet and have high-end features like indoor pools, tennis courts, and horse stables. At the median price, buyers can expect to find large four- to six-bedroom homes on modest lots. Mega-mansions on large parcels, such as this designer-done space priced at $10.1 million, represent the upper-echelon of inventory.

Check out these notable properties to see what’s drawing Colorado’s elite to this affluent Denver enclave.

Peyton Manning may no longer be a Denver Bronco, but the hall of fame quarterback still remains a Denver resident. Not long after Manning signed with the Broncos in 2012, the quarterback paid $4.575 million for a seven-bedroom home that he still owns to this day.

Inspired in part by Georgian design, the gated estate is fronted by a sprawling, stately lawn and features a red-brick home accented by columns, shutters and ornate oval windows. Traditional styling continues inside with features like black walnut flooring, intricate inlays and window mullions. Included in the roughly 16,500 square feet of interior space are a wine cellar, billiards room and a heated indoor/outdoor dog kennel.

The Georgian estate isn’t the only Cherry Hills Village residence Manning has resided in. After signing with the Broncos, prior to moving into his own home, the legendary quarterback temporarily crashed at a sprawling mansion owned at the time by Mike Shanahan, the former Broncos head coach.

Built for Shanahan and his wife, Peggy, in 2008, the six-bedroom home measures an impressive 30,000-plus square feet. The Shanahan’s spared no expense during the design process, incorporating custom details like tile flooring imported from Italy, elaborate ceiling moldings and imported glass for the home’s atrium.

With such a sizable interior space, the mansion is able to hold a wealth of entertainment space including a two-lane bowling alley, poker room and racquetball court, as well as a wine grotto and music room. Also housed on the four-acre property is a two-bedroom guest house and a 65-foot swimming pool.

The Shanahan’s sold the home in 2021 for $15.725 million, the highest sale for a single-family home in the metro Denver area at the time. The Denver icon who led the Broncos to two consecutive Super Bowl victories in 1997 and 1998, has owned multiple properties in Cherry Hills Village throughout the years.

TOMORROW FROM FORBESInside a $4.5 Million Denver Penthouse with a Climbing Wall

The Waltons, heirs to the Walmart fortune and America’s richest family, made headlines this month after winning the bid to buy the Denver Broncos for a reported $4.65 billion. That’s not the only big purchase one of the Waltons has made this year. Earlier this year, Ben Walton, grandson of Walmart founder Sam Walton, acquired four parcels of Cherry Hills Village land totaling 8 acres for $22 million.

Whether or not the purchase is related to the acquisition of the Broncos is not yet known. Walton, along with his wife, Lucy, founded ZOMALAB, a Denver-based philanthropic enterprise focused on environmental problems in Colorado and Chile.

Following a March trade from Seattle to Denver, new Broncos quarterback Russell Wilson and his wife, singer-songwriter Ciara, wasted little time in putting down roots in the exclusive neighborhood. In April, the celebrity couple reportedly paid $25 million for a four-bedroom, twelve-bathroom estate, making the sale the priciest single-family home sold in the Denver area historically.

Nestled on a roomy 5.34 acres, the mansion’s courtly exterior displays a mixture of European styles, with a stone facade, dormer windows and touches of half-timbering. The structure’s complex layout makes for unique indoor spaces, including a double-height foyer, a blue-lacquered library and a paneled formal dining area.

The primary suite encompasses two boutique-style dressing rooms, two sizable bathrooms and two studies. Fitting for an athlete, the home comes with a variety of recreational spaces, such as a lavish indoor pool, basketball court and yoga studio.

Gold ends 3-week losing streak; sees a glimmer of hope as US dollar struggles at top