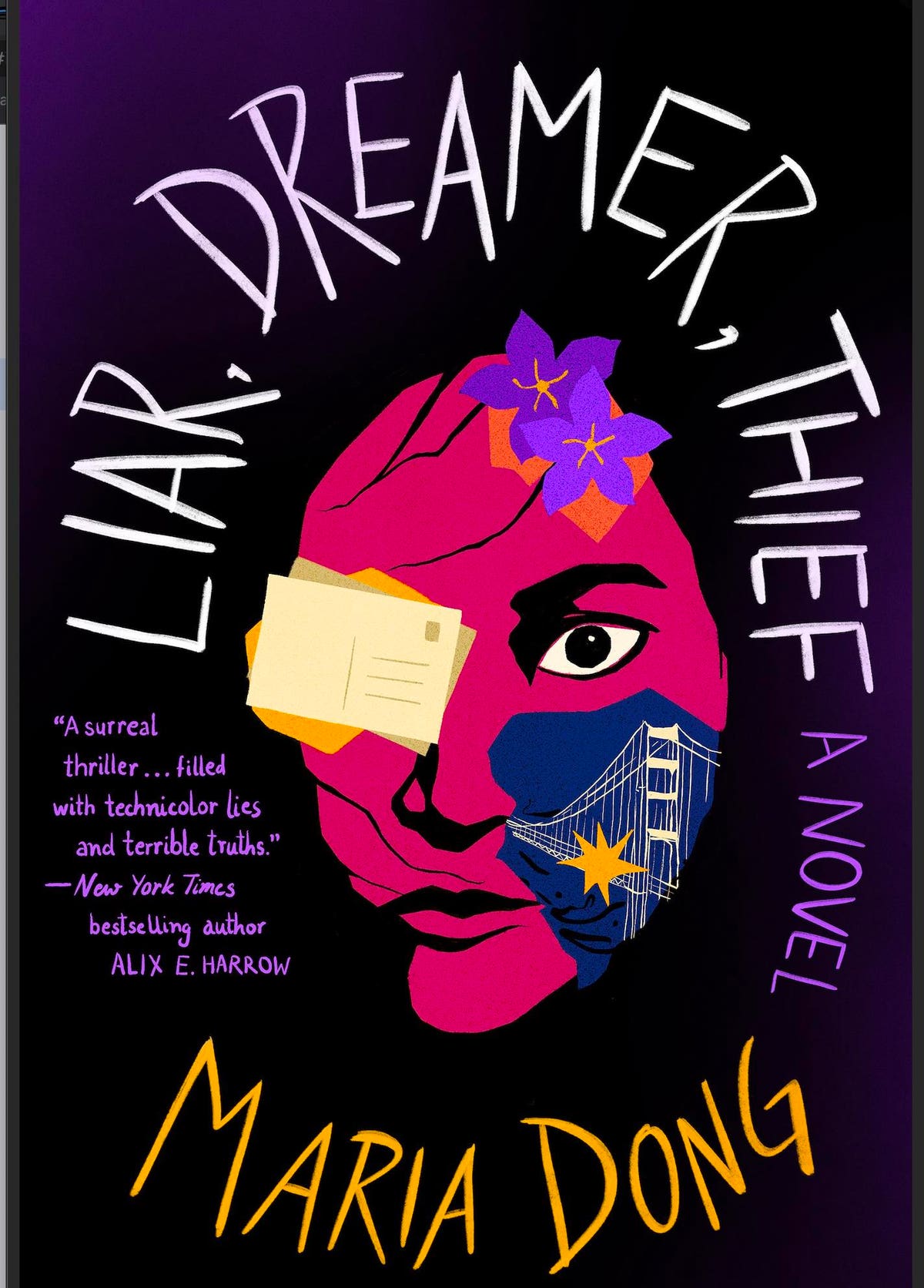 Katrina Kim, the heroine of Maria Dong’s novel Liar, Dreamer Thief, is obsessed with her co-worker Kurt. She’s sure he’s up to something dangerous and also suspects he knows she’s watching him. Unfortunately she can’t always trust what she sees and hears. Visions of her favorite childhood book bleed into her reality when she’s anxious or stressed. Her many coping mechanisms—including shape and number rituals—don’t mitigate her obsession, which leads her to witness what she thinks may be Kurt’s suicide. Or was it murder? Or could it be a delusion? What ensues is a page-turning mystery about a possible crime and the tenuous nature of reality.

Readers might be tempted to diagnose Katrina, to determine if her symptoms point to obsessive compulsive disorder or schizophrenia or something entirely different. Either way Katrina’s life is a mess.

“One thing that was really important to me was that she was messy in the way real people are messy,” said Dong.

Dong has always liked mysteries. As a child she read every Sherlock Holmes story, but knew she would not want to write a story about a comparably logical detective. Instead Katrina requires a more intuitive way to understand her world, a world that is encroached on by fantastical elements.

“Moving into the thriller genre was a big change,” said Dong, who considers herself primarily a sci-fi fantasy writer. “But the fantasy influence started to come in around the edges, even when I wasn’t trying to make it happen.”

If facts can’t necessarily be relied on, trusting her feelings makes Katrina a better detective, visions and all. Dong credits much of her genre-blurring fiction approach to the Korean dramas she loves.

“When I was young, there really wasn’t this k-pop, k-music, k-food culture that’s happening now,” said the Korean-American author. “I discovered Korean dramas when I was around 12 or 13 and it was one of the first times I was able to get a lens into the culture my mother was from. I didn’t have Korean friends, Korean church, any of that. So, I started watching dramas.”

She consumed dramas such as My Name Is Kim Sam Soon, My Sassy Girl and Hotelier. “It’s a slanted view of the culture because it’s media,” she said. “But I was surprised to find that I was recognizing things from my family, from myself, from my mom. At first my mom made fun of me for watching them, but after a while it became this point of connection between us.”

When the pandemic hit, Dong again found a source of comfort in k-dramas. Those dramas in turn influenced the writing of her book, especially in terms of how the content approaches genre.

“A lot of western media tends to be one genre at a time,” said Dong. “If it’s a thriller it’s always thrilling. If it’s a romance it’s always romantic, whereas if you think of something like the k-drama When the Camellia Blooms, it’s a family saga, it’s a murder mystery, it’s a romance. They just put it all together and for me it works because it feels very human. If you look at the drama Extraordinary Attorney Woo, when she has a revelation whales fill the air. It’s kind of a fantasy surrealism element, but no one looks at that show in Korea and says this is a fantasy show. You can have these fantastical elements or these speculative elements and it doesn’t break the genre.”

In the novel Katrina’s tenuous grip on reality leads to emotional and financial struggles and, by illustrating such struggles, Dong hopes to promote productive conversations about mental health in the Asian American community. Reader responses have been positive and underline the value of media representation in mental health conversations. The responses were rewarding.

“There’s one that breaks me every time,” said Dong. “It’s the one that says ‘I have obsessive compulsive disorder.’ I’ve never seen that represented very well and I found myself in this book.’ I don’t even know how to explain how that comment just knocks me down—in a good way. I know that feeling.”

When Dong pitched her novel, she cited k-dramas and how they successfully blend genres.

“When I had conversations with editorial teams and my agent I was actually able to pull up Korean dramas and say there is a market for this. This is world-wide famous. That was really helpful.”