Meet The Gutsy CEO Of Banfi, Dedicated To A Better Wine World 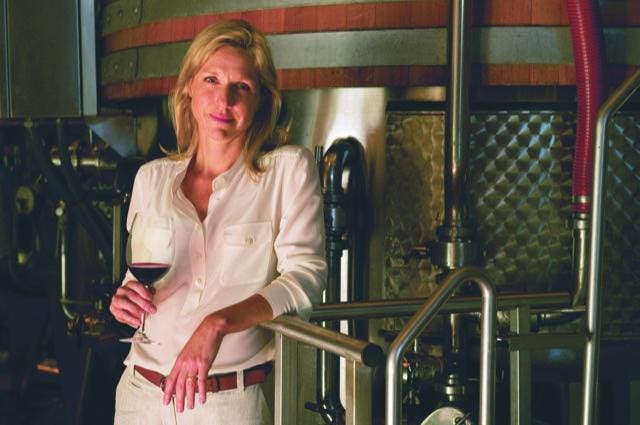 When researchers at Castelo Banfi Winery in Tuscany discovered new grape vine clones that would produce higher-quality, healthier Sangiovese vines, they didn’t keep the information for their own proprietary use. Instead they shared it with their competitors, in an effort to improve quality and sustainability in the whole region. Likewise, when Banfi CEO, Cristina-Mariani May, 3rd generation family proprietor of the estate and Banfi Wines, assumed the leadership role at the company in 2018, she didn’t just keep the same 100 year old strategy. Instead she radically changed it to a new direction, which many people doubted was the right business move.

However, three years later, and after surviving a global pandemic, May’s gutsy moves and visionary insight have paid off. Banfi achieved a 25% growth in revenue in 2021, with positive trends continuing into 2022. Today the company focuses on a streamlined portfolio of 4 wine brands, which are distributed in 100 countries.

“Our main message at Banfi,” reports May, in a recent online interview, “is that we are dedicated to a better wine world. We want to make sustainable wines, do research, and share that research with other wineries around the world, so that wine is acknowledged as one of life’s true treasures.”

“We are an Italian-American family,” states May. “The company was started by my grandfather, John Mariani Sr. who was born in America, but raised in Italy by his Aunt Banfi. She taught him everything about Italian food, wine, olive oil, bitters, and other products. So when he returned to New York in 1919, he started an import company and called it Banfi.”

Over the years the company expanded to import wines from other countries, especially the top wines of France, as well as large brands such as Ruinite and Concho Y Toro. Eventually May’s father, John Mariani Jr., took the helm and continued to expand the company. By the time May assumed the President and CEO position in 2018, they were importing many different wine brands from around the world, and owned several wineries in Italy, including Castelo Banfi in Montalcino, dating from 1438.

By 2019, on its 100th anniversary, Banfi had grown so large, the family had to make some hard decisions. They received a buy-out offer from LVMH, the French luxury conglomerate; however, May decided to take the company in a different direction – back to its Italian roots. So she streamlined their portfolio from 2 million cases of primarily value priced wine down to 300,000 cases, with a focus on their own proprietary Banfi labels, and 3 other sustainably focused brands (Natura, Rainstorm and Pacific Rim).

“Our heart and soul has always been Italian,” she reports, “and I felt we weren’t doing enough justice to the other suppliers. In the end, it has been the right choice for our company, but it was tough. We had to cut the workforce in half. We are more of a flat and nimble global organization now.”

Her decisions appear to be paying off with the 25% increase in 2021 revenue. In addition, Castelo Banfi, an early adopter of sustainability and climate research, has upped its game in this area, with an even more intense focus on research and sharing, in an effort to create a better wine world.

Castelo Banfi is arguably the most famous of Banfi’s Italian wineries. Located just outside the hilltop village of Montalcino, it produces world-class Brunello’s, Rosso’s and Super Tuscans. Banfi also operates other estates throughout Tuscany and Piedmont, creating a variety of red, white, and rose wines. However, it was at Castelo Banfi that the company first started focusing on sustainability, even before it was a popular topic. This allowed them in 2007 to be the first winery in the world to be awarded the ISO 14001 certification for environmental management and SA8000 for implementing socially acceptable practices for employees.

“We have always focused on preserving vineyard environments and social issues,” reports May. “Protecting the soil is especially important, as we get rich nutrients from the limestone soil. It’s what makes the sangiovese from Montalcino so unique. And we are always doing research. For example, archaeologists found shark teeth and a 5 million year old whale fossil in our vineyards right next to the castle.”

In addition to soil and clone research to create healthier vineyards, Castelo Banfi has installed solar panels and water saving measures to preserve energy. They also maintain 1/3 of their land in virgin forests, with another third planted to wheat, olives and fruit trees to promote bio-diversity.

Castelo Banfi was also one of the early adopters of light-weight bottles to reduce their carbon footprint. In fact, since reducing bottle weight in 2009 from 570 grams per bottle to 360 grams today, they have saved more than 26 million kilowatt hours of energy and 6,000 tons of raw materials.

All of these efforts must be paying off, because Castelo Banfi was recently awarded the Equalitas Certification, for achievements in multiple aspects of sustainability: environmental, social, and economic. Equalitas focuses on a more holistic approach to sustainability.

“We are always evolving,” states May. “The future of food and wine is very important to our company. We are concerned about shifting climate conditions, and therefore continue to do clonal and trellis research, as well as innovation in the cellar, such as our hybrid stainless steel and wood tanks. And we believe in sharing this research with others around the world.”