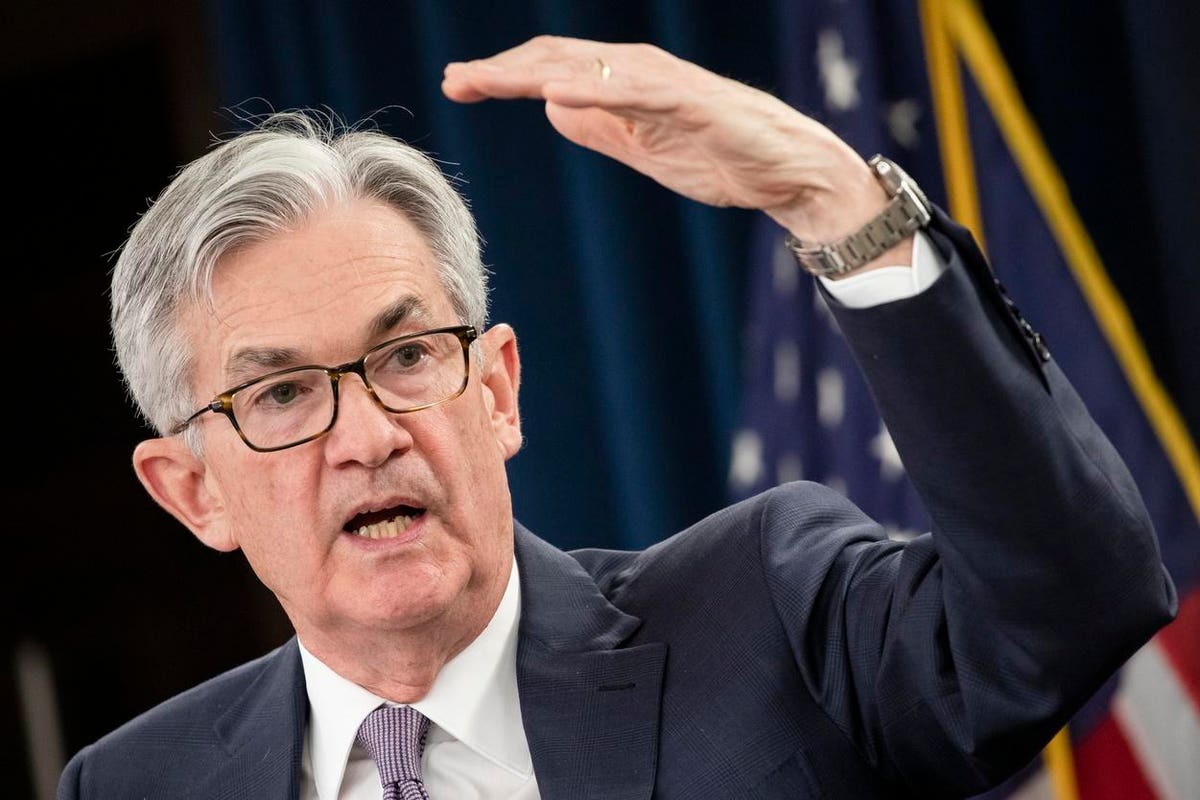 Inflation just hit 9.1%, the highest level since 1981. But don’t worry, the ever-wise financial markets say it will soon fall back to “normal” levels. Interest rates and commodity markets are currently pricing in a scenario where inflation has peaked and will fall back quickly over the next 24 months. Is this realistic? Why is the market so confident in this view?

Other commodity markets reflected slowing demand. For example, industrial metals prices plummeted. The Bloomberg Industrial Metals Index, which includes metals such as copper, steel and aluminum, is down 42% from its March highs.

Inflation swaps forecast sharp declines in consumer prices starting later this year. Year-on-year inflation is priced at 2.79%. Fed funds and Eurodollar futures expect the Fed to reach a final rate of around 3.5% by the end of the year, before beginning to ease rates in the second half of 2023. Long-term bond yields fell sharply last month. The market seems convinced that the power of inflation has lost its power.

The situation is similar to the premature declaration of victory in Iraq by former President George Bush in his “Mission Accomplished” speech in 2003. The worst may be over, but the war will certainly not be won. The real federal funds rate remains well below current inflation rates, and the Fed, by its own measure, has a lot of work to do. With the federal funds rate expected to peak at 3.5% and then fall back quickly, markets haven’t given the Fed much time to keep monetary policy within a restrictive range.

Core CPI may be “sticky”

China has not yet fully emerged from the blockade. Commodity demand is likely to increase once manufacturing is fully operational. In addition, China recently announced a $200 billion spending plan to boost infrastructure growth at the local level, which will provide incremental demand.

In the US, about 70% of US GDP depends on consumer spending. Changes in household income play an important role in economic health. The latest jobs data and survey data in the Fed’s Beige Book report suggest that the labor market is still showing signs of strength. Yes, a recession will eventually lead to a weaker job market, but similar to Fed policy, it has to “pass neutral” to have an economic impact. A weak economy could give employers the labor they’ve been desperately looking for over the past few years. In other words, weakness in the labor market may take a while to manifest and weigh on spending.

In addition, consumer balance sheets are in good shape. Disposable income remains high and debt service costs are low. Inflation is eating into real incomes and weakening overall demand, but consumers have plenty of room to increase debt levels before being forced to cut spending. Of course, a severe recession would accelerate demand destruction, but in a moderate slowdown, the decline in consumer demand could take some time to materialize, preventing downward pressure on inflation.

While many economists view the core CPI as a better indicator of inflation, the pass-through impact of high energy prices cannot be ignored. In Europe, high gas and oil prices have caused electricity costs to soar, eventually affecting most goods and services. With Russia showing no signs of backing down in Ukraine, further escalation is possible, especially using energy prices as a geopolitical weapon. Energy prices tend to affect inflation expectations, so survey-based measures of inflation expectations are likely to remain elevated as long as spot prices rise.

There will be no supply-side relief from soaring energy prices in the short term. OPEC’s production is close to capacity, and few new energy projects are coming online in the United States. More LNG exporters won’t help global supply until more LNG terminals come online, which won’t happen in the next few years. The IEA summed up the situation in its July oil report: “With spare capacity readily available both upstream and downstream, demand-side measures may be required to reduce consumption and fuel costs.”

Housing conditions are also a factor in keeping inflation high. Owner Equivalent Rent (OER), which makes up about one-third of the CPI basket, is still catching up with increases in the national average rent. The CPI measure of housing costs reflects rent changes across the entire housing stock, not just newly signed leases. According to Apartment List, rents are currently up 14.1 per cent year-on-year. In contrast, the housing component of the June CPI report rose 5.6% year over year. Even with overall rent stabilization, OER will continue to rise.

Ultimately, correcting inflation requires correct forecasting of supply and demand. As mentioned, it doesn’t look like there will be much relief from the supply side for the foreseeable future. Therefore, investors must believe that the global economy will shrink enough to reduce aggregate demand to a level that stabilizes prices.

Such a scenario is not impossible. Global central banks are tightening monetary policy, and the fiscal stimulus that provided a surge in demand during the pandemic is long gone. Central banks around the world are tightening policy at an alarming rate, with leading manufacturing indicators pointing to a decline in economic activity. At this point, a slowdown in economic activity is all but certain.

Why, though, did inflation drop back into historical ranges immediately? Even if demand adjusts downwards, the world will not look like it did before Covid. The economic structure has changed. For example, globalization, the main factor that has kept inflation low for so long, appears to have reversed.

Covid has exposed the fragility of global supply chains in a constant search for the lowest cost producers. The private and public sectors are looking to diversify their supply chains to prevent the recurrence of shortages of critical commodities that have caused so much stress during the pandemic. Whether it’s nearshoring, reshoring or diversification, prioritizing supply chain security over cost will result in higher costs being passed on to consumers.

Has inflation peaked? most likely. After all, inflation is the rate of change in prices caused by the difference between supply and demand. Demand is destined to fall as monetary policy and financial conditions tighten, real wages fall, and consumer and business confidence plummets. However, the rate of its decline is by no means certain.

When overstimulation is combined with severe supply shortages during the pandemic, inflation soars. Markets seem to believe that a fall in inflation to pre-coronavirus levels will only come from a gradual weakening of demand without a major adjustment to supply.

Markets were surprised by how quickly inflation accelerated and were late in abandoning the “transient” narrative. They may be at an early stage in predicting deflation.