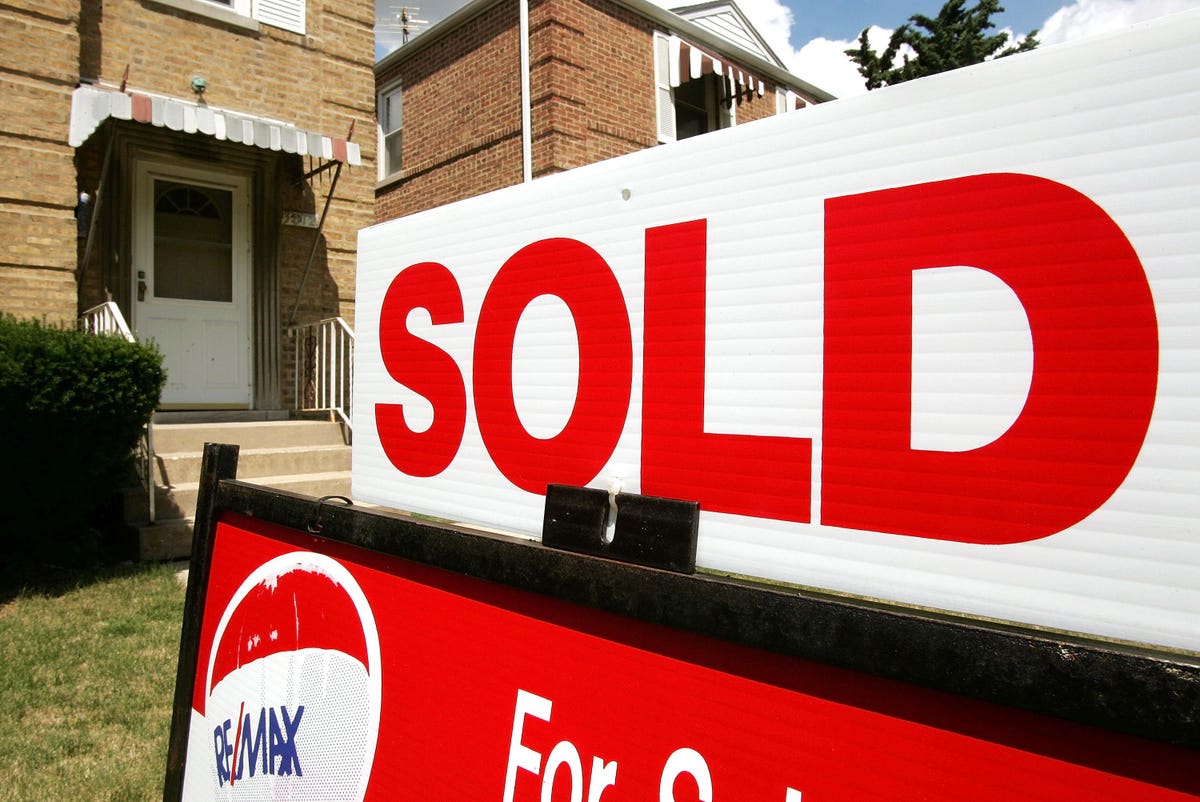 Subscribe to the Forbes AI newsletter to stay in the loop and get our AI-backed investing insights, latest news and more delivered directly to your inbox every weekend.

Major events that could affect your portfolio

So much of the current sentiment and news coverage doing the rounds is highlighting the risk of an upcoming recession. The economic data being released is so far refusing to give in to this pressure.

While we have seen two consecutive quarters of negative economic GDP growth, the National Bureau of Economic Research (NBER) has held off on calling the current climate a recession. This is most likely down to the fact that there are many other data points that aren’t looking so negative. This week continues that trend with both the Durable Goods Report and the Pending Home Sales Report releasing figures that were better than expected.

The Durable Goods Report is closely watched as a barometer for overall business spending, and the figure excluding defense spending and aircraft increased by 0.4% in July. This was less than last month, but consecutive months of increased business investment stands in contrast to the talks of recession and tightening.

This was higher than the 0.3% that economists had expected, and the report also contained an amended figure for June, increasing the final number from 0.7% to 0.9%.

The Pending Home Sales Report wasn’t in positive territory, but it was also ahead of economist expectations. Signed contracts for new homes were down 1% for the month of July, but this was well ahead of the 4% that had been projected.

While housing prices have remained strong over the past year, the level of activity has fallen for eight out of the past nine months. The National Realtors Association commented that this latest report could show that the slowdown of activity may have hit bottom.

The biggest story of the week by far has been President Biden’s student loan forgiveness. It’s not a blanket cancellation of all student debt, but anyone earning under $125,000 will have their debt reduced by $10,000.

Those on Pell Grants, which are offered to students in the greatest financial need, will have their debt reduced by $20,000.

The total package is expected to cost the government in the region of $300 billion. Opponents of the plan questioned its economic cost, but even so it falls short of the $50,000 figure that other Democrats such as Elizabeth Warren were calling for.

For investors, the financial outcome of the plan is not clear. On one hand, the forgiveness is going to reduce the repayments that the government receives every year, which has been estimated could equate to up to 0.4% of GDP.

Conversely, lower debt will free up cash flow for consumers. This will improve the financial position of household budgets and allow for greater consumer spending on other goods and services. It also has the potential to flow through to other areas such as the housing market.

Lower loan repayments can increase the borrowing potential for households, which could allow them first home buyers to get on the property ladder sooner, and could see home movers up their budget for their next home.

It remains to be seen how this plan will impact the economy, the stock market and, by extension, the bottom line for investors. Regardless of what the outcome might be, at Q.ai we have Investment Kits that can take advantage of the situation for your benefit.

This week’s top theme from Q.ai

Despite the economic backdrop looking to be holding up reasonably well, there is no getting away from the fact that inflation remains stubbornly high. Most analysts are expecting the numbers to come back down to earth at some point, but this is likely to be a gradual reversion to the average rather than a dramatic change in the rate of rising prices.

In the same vein, markets have been performing relatively well since mid-June, but it might not yet be a clear green light right back into a bull market.

Suffice it to say that there is still plenty of risk around. Our Inflation Kit is designed to invest in assets that are likely to keep pace with inflation based on historical data. These include Treasury Inflation Protected Securities, gold, other precious metals and other commodities. To gain exposure to these assets, we use a combination of ETFs such as the iShares 0-5 Year TIPS Bond ETF (STIP), the Invesco DB Commodity Index Fund (DBC) and the SPDR Gold Trust (GLD). Depending on underlying conditions, we may also add allocation to agriculture and oil.

The allocation to these assets is rebalanced by our AI on a weekly basis, to take into account the most up-to-date information.

This is a low risk Kit that will not only provide a potential hedge against inflation. It can also serve as a middle ground for investors who still want to see a return on their investments and want a greater return than cash but don’t want to take too much risk.

Here are some of the best ideas our AI systems are recommending for the next week and month.

Super Micro Computer (SMCI) – The server and data center company is our Top Buys for next week with an A rating in Growth and a B in Low Momentum Volatility. Revenue was up 46.1% in the year to June 30th.

Turning Point Therapeutics Inc (TPTX) – The oncology pharmaceutical company is our Top Short for next week with our AI rating them an F in Quality Value and a D in our Growth and Low Momentum Volatility factors. Revenue is down over 98% from last year.

Photronics Inc (PLAB) – Semiconductor photomask manufacturer Photronics is a Top Buy for next month with an A in our Quality Value and Growth factors. Earnings per share have grown 10.78% over the past 12 months.

Sidus Space Inc (SIDU) – Aerospace and defense company Sidus Space is our Top Short for next month with our AI rating them an F in our Low Momentum Volatility and Quality Value factors. Earnings per share is down 21.15% over the past 12 months.

Our AI’s Top ETF trade for the next month is to invest in oil and gas and Chilean stocks, while shorting the US market and Chinese Large-Caps. Top Buys are the iShares MSCI Chile ETF, the SPDR S&P Oil & Gas Exploration & Production ETF and the ProShares Ultra Bloomberg Crude Oil. Top Shorts are the Vanguard Total Stock Market ETF and the iShares China Large-Cap ETF.

Want to learn more about investing or sharpen your existing knowledge? Qai publishes Qbits on our Learn Center, where you can define investing terms, unpack financial concepts and up your skill level. Qbits are digestible, snackable investing content intended to break down complex concepts in plain English.

Check out some of our latest here:

All newsletter subscribers will receive a $100 sign-up bonus when they deposit $100 or more.

Miley Cyrus Sells Her Nashville Ranch for a Big Profit