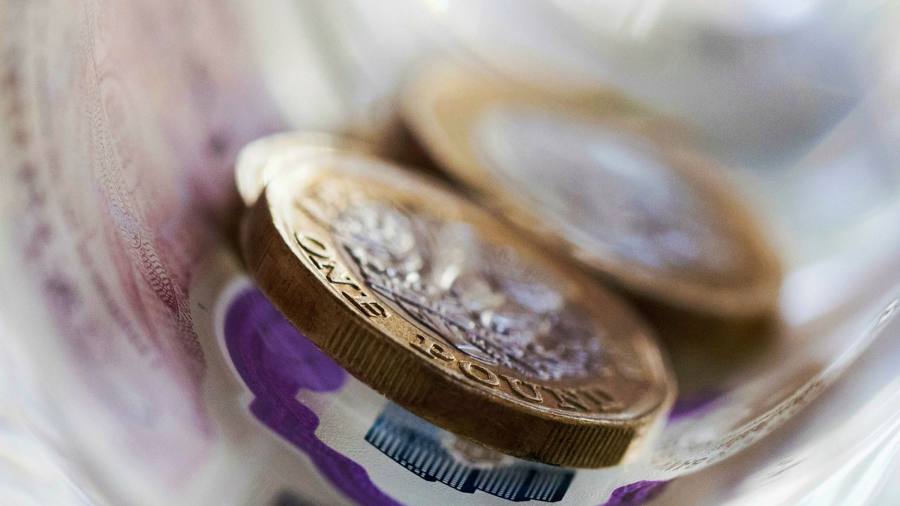 Sterling weakened on Thursday after the Bank of England raised interest rates by the most in 27 years but warned of a protracted recession and a further surge in inflation.

The pound dropped 0.7 per cent against the euro to €1.1865. Sterling had fallen by a similar margin against the dollar but shed those losses later in the session, reflecting a broad rise in the US currency.

In fixed income markets, the yield on the 10-year gilt fell as much as 0.07 percentage points to 1.81 per cent as the price of the debt rose to reflect haven buying as well as speculation that the BoE may hold back from future rate rises if a lengthy recession materialises. The decline in yield faded later in the trading session.

“The price action we are seeing at the moment in response to the largest hike in 27 years is not what you would usually expect,” said Karim Chedid, head of investment strategy for Europe at BlackRock’s iShares unit.

“It is a dovish reaction,” he added, because “the market views the BoE as unable to continue with the same level of [monetary] tightening against this economic backdrop.”

As well as increasing its benchmark interest rate by 0.5 percentage points to 1.75 per cent on Thursday, the UK central bank also raised its forecast for inflation to peak at just over 13 per cent this year, up sharply from a previous estimate. It also warned the nation’s economy would shrink in the final quarter of this year and contract for all of 2023.

US and eurozone government bonds also rose in price on Thursday, taking a cue from the BoE that other central banks may be forced to soften their stance against inflation to balance supporting economic growth.

Federal Reserve officials have this week moved to dismiss market speculation that the central bank would start cutting rates early next year in response to an economic slowdown.

St Louis Fed president James Bullard told CNBC on Wednesday that US interest rates would “probably have to be higher for longer” to reduce inflation from 40-year highs.

“Investors have been assuming that central banks will not go as far as they said they will,” added Eric Knutzen, chief investment officer for multi-asset at Neuberger Berman. “We think that’s too optimistic.”

In equities on Thursday, Wall Street’s S&P 500 fell 0.3 per cent and the tech-focused Nasdaq Composite was flat. Europe’s regional Stoxx 600 gained 0.2 per cent.

The Nasdaq has gained 15 per cent since June 30, buoyed by strong tech sector earnings as well as predictions of lower interest rates that boost the valuations of higher growth companies. The bounceback followed the worst first half of the year for US stocks in half a century.

“This is a bear market rally,” said Willem Sels, global chief investment officer at HSBC’s private bank, with markets “incorporating a view that inflation will quickly come down and there will be a big pivot by central banks.”

Investors should think globally as part of their real estate strategy

GM workers will return to office at least 3 days a week
What does the rising interest rate mean for gold investors ahead of the festive season?
Canada, South Korea seek deeper cooperation on critical minerals By Reuters
Recession fears mount as stocks fall sharply