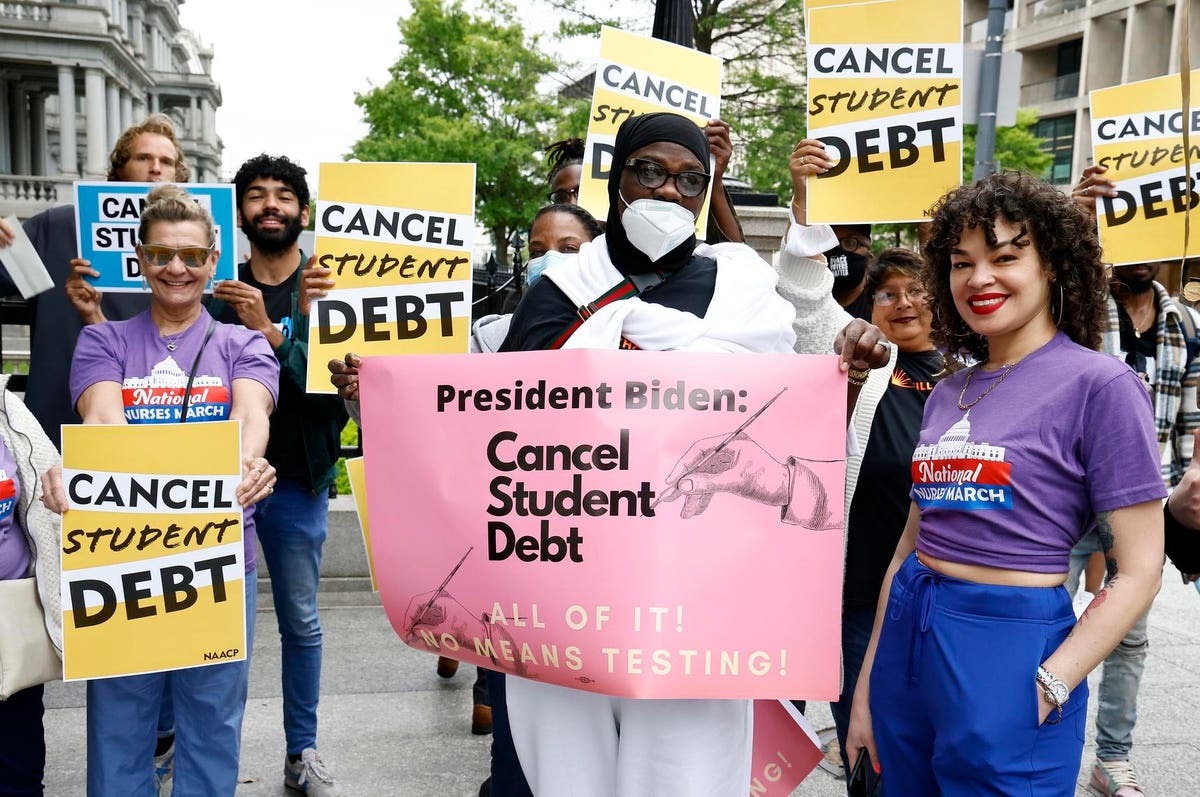 The Biden administration is forgiving $10,000 in student loans per borrower making less than $125,000, which is a huge win for students of color. Four years after graduation, the average Black borrower owes $53,000, while the average white borrower owes $28,000, according to the Brookings Institute, meaning they are unable to focus on other financial goals like buying a home, paying off credit card debt, and saving for retirement. Eliminating this debt will start to narrow the racial wealth gap for young families, with 86.6% of Black students taking out federal loans to attend four-year colleges.

The Breakdown You Need To Know: About 19% of households that have total incomes below $125,000 have student loan debt, according to the Urban Institute. Biden’s administration has already canceled nearly $32 billion of the $1.6 trillion in outstanding federal student debt.

“The average Black borrower has $53,000 in student loan debt four years after graduation, nearly twice the amount as their white counterparts,” said NAACP President Derrick Johnson. Canceling $10,000 per borrower would cost around $321 billion and completely forgive the loans of about one-third of student loan borrowers.

Dutiful Debt Forgiveness: It is definitely possible to initiate a positive long-term impact on racial wealth gap by tackling the inequities that hang on to the students’ college debt. The Roosevelt Institute brief shows that canceling up to $50,000 of student loan debt per borrower would immediately increase the wealth of Black Americans by 40%. More than 40 million Americans are in debt for their education, and about 25% of those borrowers are in delinquency or default.

Young Black adults take on 85% more education debt than their white counterparts, and that disparity compounds by 7% each year after the borrowers leave school, according to a recent study in the Sociology of Race and Ethnicity journal. A large number of Black borrowers are not witnessing “good debt”, according to the Jim Crow Debt study by The Education Trust.

What’s Next: Canceling student debt would make the income and wealth distributions more egalitarian and nearly eliminate negative net worth households from the wealth distribution. Currently, Biden is facing pressure to do more from other Democrats who are urging him to cancel $50,000 per borrower.

Whole Foods Has a Secret Menu

Jackson, Mississippi, water crisis: Repairs have begun at the water treatment plant but residents are still without clean water