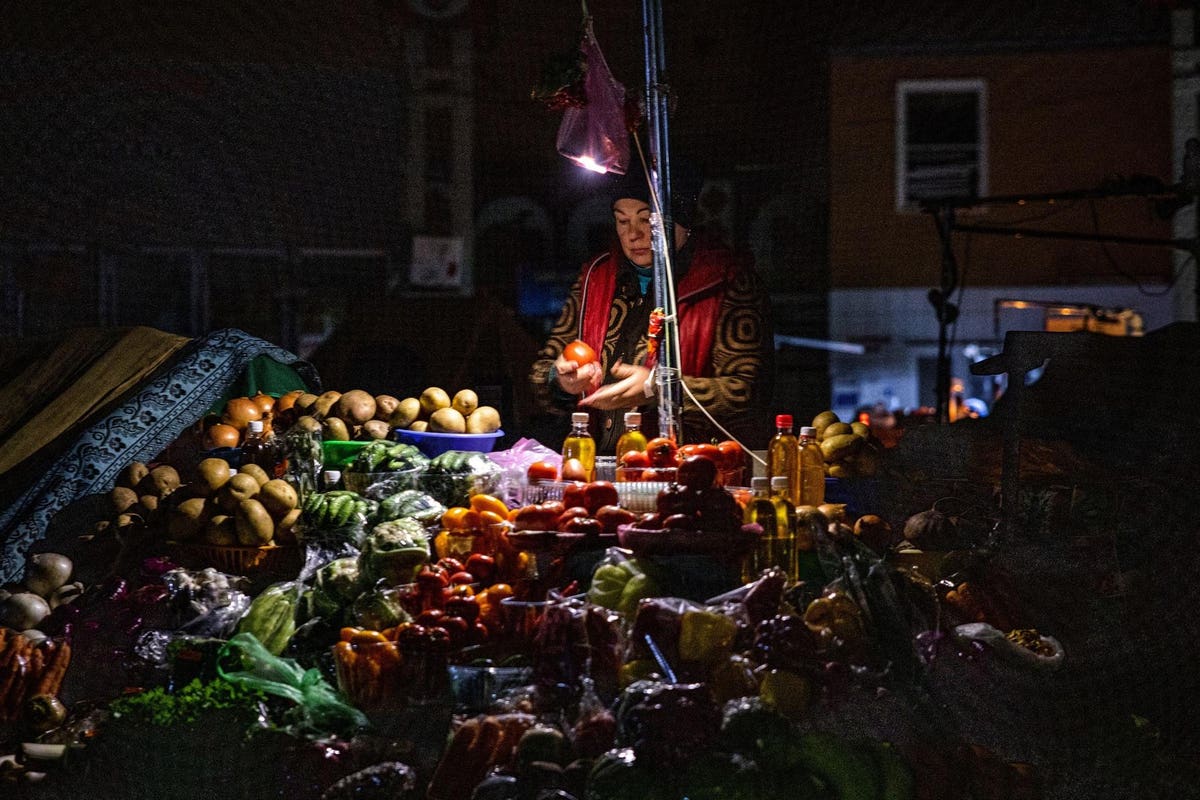 Electricity blackouts have become increasingly common in Ukraine over the last few weeks as Russian missile and drone strikes have focused on the country’s power infrastructure. These attacks on civilian objects were cited by the EU when it branded Russia a state sponsor of terrorism today. But will they be effective — can Russia succeed in driving Ukraine into a new dark age?

The attacks come just as Ukraine receives its first snowfall and cold weather looms. The Russian strategy to destroy the power supply and freeze out the Ukrainian population until they agree to negotiate.

In this war though, Ukraine has an unexpected ally: the Soviet Union. The Ukrainian electrical distribution system was set up in the days of the USSR and the omnipresent threat of nuclear conflict. The power grid was designed to be as resilient as possible, with a distribution network that could reroute power from one part of the country to another if generating capacity was lost.

In the USA, losing power in one place can lead to cascading failures, as seen in the 2003 Northeast Blackout when 50 million people lost power for up to two days because trees brushed against a high-voltage power line. In Ukraine, as in the rest of the former Soviet Union, even having an entire power station go offline does not necessarily impact the electricity supply.

“In Soviet times, a power system scheme was built, where everything is set up for similar events that are happening today,” Maksim Timchenko, the CEO of DTEK, Ukraine’s largest private power generator, told Economichna Pravda in October.

However, most of the Russian effort is going into attacking the electricity distribution system.

“They hit open switchgears, transformers, switches, so that a station that can produce electricity cannot be connected to the unified power system. That is, the key targets are Ukrenergo transformer high-voltage substations and power distribution equipment at thermal power plants,” says Timchenko.

These attacks, by cruise missiles, ballistic missiles and kamikaze drones, have been stepped up in recent weeks.

“Three high-voltage substations were shelled; 40 substations of different voltage levels were left without power; two 750-kilowatt and five 330-kilowatt overhead lines were disconnected,” Ukrainian Energy Minister German Galushchenko reported on Facebook after one of the most intense attacks in September.

This type of damage can be repaired much more easily than a destroyed power plant. After last Thursday’s attacks, within two days Ukrainian national energy company Ukrenerho said that it had restored power to 70% of its customers.

Ukrainians are adapting, stocking up on candles and camping stoves, but also on modern solutions like LED lighting systems, power banks, and solar lighting. The cellphone network already has emergency battery backup and this is being extended.

Ukrainian authorities have also been setting up heating points and places to recharge phones and other devices. There is even work on local WiFi hotspots with Starlink satellite connections and Powerwall batteries to ensure that people will be able to stay online and keep communicating if mains power fails.

Distribution systems can be repaired, and even if Russia succeeds in destroying more power plants, this will not be enough to black out Ukraine. Timchenko notes that high-voltage connections with neighboring countries, originally set up to allow Ukraine to export electricity, could easily bring power into the country from the EU. It might be expensive, but imported electricity could keep the lights on.

“I believe that we cannot have some kind of Armageddon, a situation where everything will be broken, and we will end up having a total blackout,” says Timchenko. “Based on how we have performed and how the system has performed in terms of sustainability, I have confidence that we will cope with these challenges.”